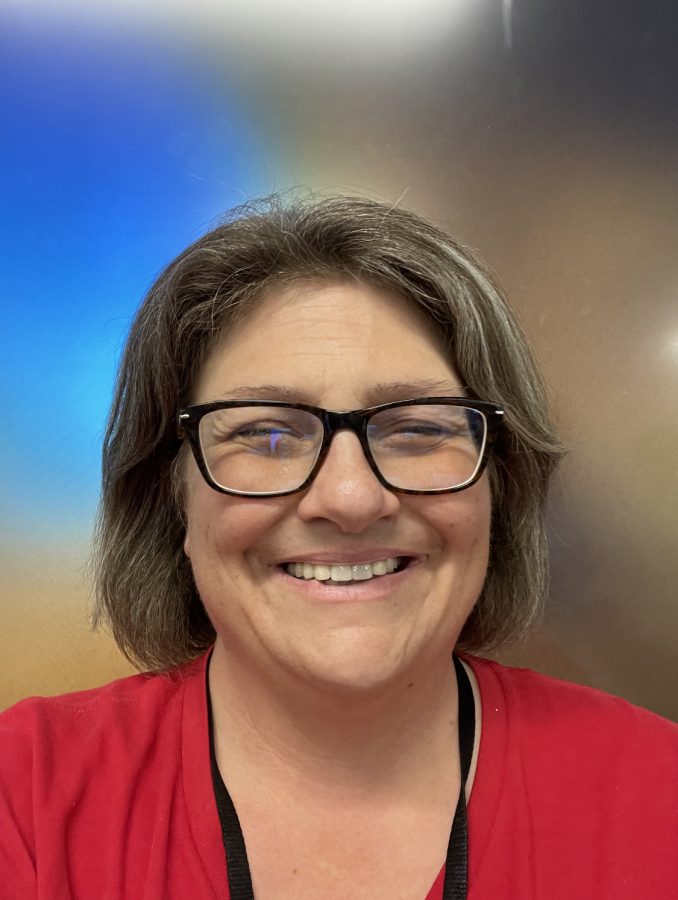 People often underestimate their worth when asked to recall the impact they have made in the lives of others. Karen Rosa has been a World History teacher for many years. But the influence she has had on her community outweighs that timespan.

History was a common topic in Rosa’s household as she grew up. Soon, reading a history textbook became the source of her joy. She was not one of those children who knew what they wanted to be when they grew up; for, she went to college with an undeclared Major.

“I went through, I think, three majors that I declared: speech pathologists, which is helping people with speech impediments and stuff; paralegal, where you do the research for lawyers and all that work,” Rosa said. “But one class of that was enough to tell me paralegal was a different kind of research and not for me. And then it was kind of like, what else can I do? Oh, yeah, I love history. And so that’s kind of where [life] just fell into place, then, at that point.”

Rosa and Academic Counselor Ryan Venegas met within their first year of work. At the time, Venegas was an intervention counselor whose goal was to encourage and support the freshman class. Because Rosa taught the freshmen, as she still does today, she was excited to have Venegas come in and advise her students.

“I was so overwhelmed by her hospitality: how she ran her class and how organized it was,” Venegas said.

It is such a coincidence that Rosa’s classroom organization amazed Venegas because her room has an abundance of antiques and historical posters.

“My weakness is constantly staying organized with all of the paperwork that goes along with being a teacher,” Rosa said. “I didn’t develop good organizational skills when I was younger, and so I still have some bad habits because of that.”

As a member of the Positive Behavior Interventions and Support team, Rosa dedicates her time to improving the school environment. When she meets with other teachers and administrators, her goal to spread positivity takes the forefront of her mind. She exhibits this same passion in everything she does.

The club, Outreach For Christ (OFC), has been in the community for many years. The organization, National School Project, is one of its supporters.

Despite her busy schedule as a teacher, Rosa serves as the Outreach For Christ co-advisor.

“She’s one of those advisors that really wants to be a part of everything,” OFC club president Pauline Wang said. “ She really wants to be involved and she always is willing to help out as much as possible. She’s always offering her time, energy, and efforts.”

Though Rosa thinks the OFC officers are self-sufficient, they appreciate her diligence and genuine support.

Rosa has an unfeigned dedication to her students and colleagues.

“She’s the type of person that will always look out for her students, even if that means she has to be a bit more overprotective just to make sure that somebody isn’t hurt,” Wang said. “And she’s always been like that. Even with this being my fourth year knowing her and everything, she’s always been there.”