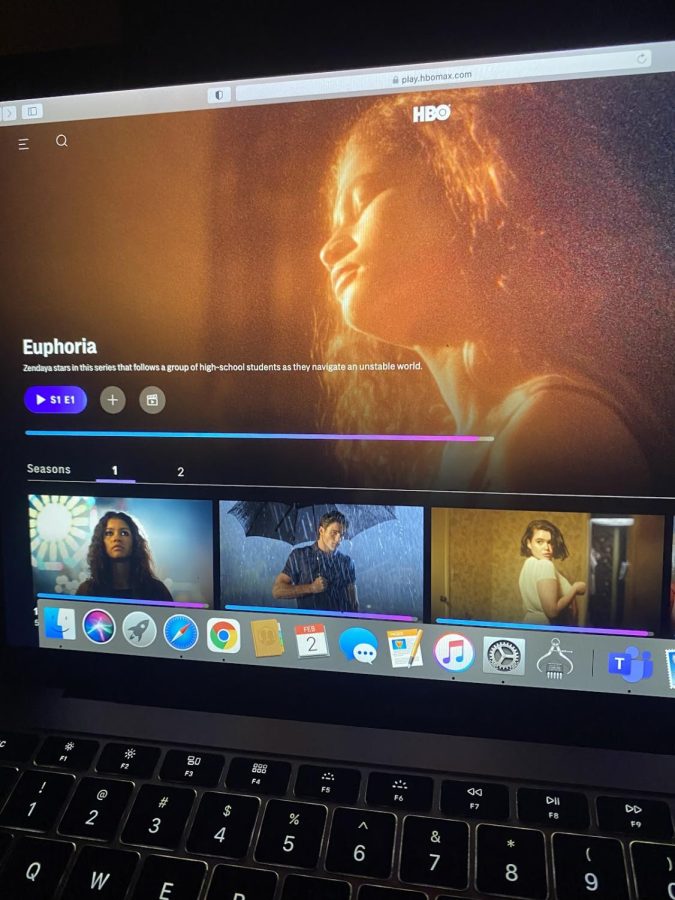 Based issues faced by high schoolers such as substance and relationship abuse, HBO Max series Euphoria proves itself popular among Gen Z teens. Many teens who watch the show feel as if they can relate the characters' struggles, while others enjoy the show's exaggeration of teenage lives.

Hit TV show Euphoria (can be found on HBO Max) has released its anticipated new season after only having 1 season since 2019. The series focuses on a troubled teen girl’s life after getting out of rehab for her drug addiction and follows her life after getting out with no plans to stay clean. The series also has many other characters with their own issues and shows the viewers how they all cope, trying to overcome their problems. The cast shows some familiar celebrities such as Storm Reid, Jacob Elordi, and Zendaya.

To give a quick rerun of Euphoria, Season 1 introduces the characters in each episode. Each character gets a summary of their personalities at the beginning of each episode and their backstories. Season 1 covers real-world topics such as substance abuse, exploitation and relationship abuse. Throughout the season the characters will reveal who they truly are and how they act towards their peers.

Jesselen Prieto is a sophomore at Ayala and has been a long time watcher of the show. Since she has watched Euphoria the year it came out, she knows the show best because due to the long wait for season 2 most people would watch all episodes of the previous season again.

“My favorite episode so far has been episode one since it introduced some more characters and set the expectations for the new season,” said Prieto.

Euphoria grew a lot more popular this year than it did in the previous years because people started to talk about it more, after season 2 was announced.

“I saw it all over social media and my friends were edging me to watch it,” said junior Christine Vicuna. “After just one episode I was instantly hooked and it’s one of my favorite TV shows right now.”

As mentioned, all of the characters go through some hardships, and it’s up to their judgement and decisions to fix their life and to develop better as people.

“I hope that Maddy develops for the better because people are doing stuff behind her back,” said Prieto. “I wish that she sees what is happening and realizes that she’s been in a bad relationship this entire time and grows from that.”

As the anticipated season 2 came out, it wasn’t like every other TV show season. It has only released one episode, but there are still more to come.

“The first episode exceeded my expectations. So much was happening at once that I was speechless when the episode ended,” said Prieto.

Many people have more enjoyment of a show when they feel like they can relate to it. Since Euphoria is based on high school life, teens find a character that they think speaks to them more.

“Teens can learn from the show that it’s not easy to make the right decisions when everyone is watching you,” said Vicuna. “Life can be difficult, when you have a lot of pressure on you and that’s what the show best expresses.”