Super Bowl LVI: The most important game of the year 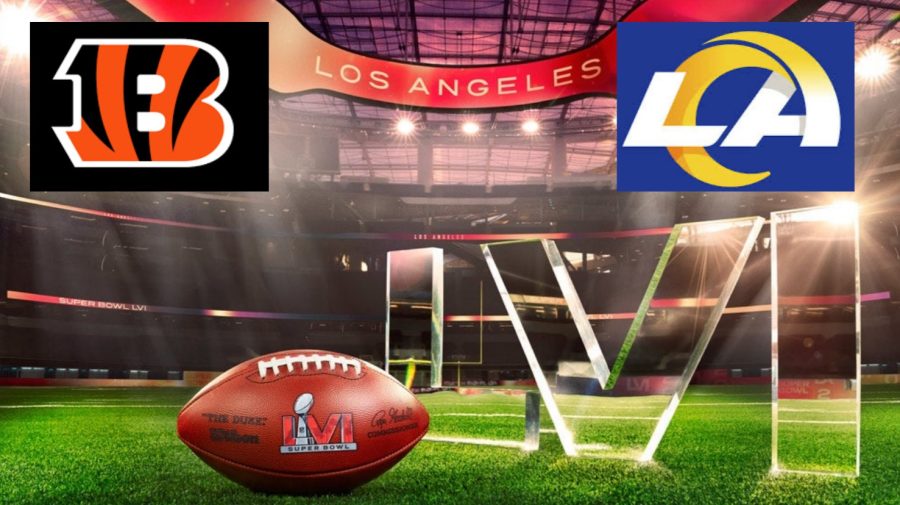 This year’s halftime show includes performances from Dr. Dre, Kendrick Lamar, Snoop Dogg, Eminem, and Mary J. Blige. After hearing the news, sophomore Lindsay Shen said, “Kendrick Lamar? That’s so cool, I can’t believe he’s actually performing. I love and listen to all his old  music.” This isn’t surprising because of the fact that Lamar hasn’t performed or made any new music since 2018.

Even the other guests are excited for this year’s Super Bowl LVI. When these phenomenal headliners were first announced, Dr. Dre said it will be an “unforgettable cultural moment.” Dr. Dre being the most astonishing headliner and making the mark in hip-hop culture, actually brought forth the other rap stars, like Snoop Dogg, and helped boom their career. Even fellow classmates like sophomore Jose Castillo said, “This halftime show is going to be prodigious. Mostly because of Snoop Dogg. The OG rapstar.” So as it turns out, the halftime show is as star-studded as the two teams playing in the big game.

Before the season started the Bengals’ odds to make the Super Bowl were 150-1. These were the lowest odds by any team before entering the season. And before this season, the Bengals had not won a single playoff game since 1990.

The Bengals have only appeared in 2 other Super Bowls, and lost both, to the same team. Shen also said, “Honestly, a lot of people are going to be angry with me for this because everyone seems to be going for the Rams, but Bengals for life!”

This team is led by their star quarterback Joe Burrow who had an amazing season after tearing his ACL the season prior. Burrow set the single-season franchise record for touchdowns, passing yards, and passer rating for the Bengals. Although Burrow isn’t the only star of this team, like Ja’Marr Chase or Joe Mixon, he certainly is a favorite, by both male and female Bengal Fans.

The Los Angeles Rams are seeming to have more support from the public. Many fans think they are definitely going to win, especially since it’s a home game for them. This is the second Super Bowl that the Rams are attending in the past 4 years.

The last time they have won a Super Bowl was in 1999 and they played against the Tennessee Titans. “Ever since I started watching football as a kid, I have been a huge Rams fan, and I’ll always be one,” said sophomore Bianca Perez.

A big storyline for the Rams is their new quarterback Matthew Stafford. Before Stafford was traded to the Rams, he spent 13 cold years in Detroit. He would have a losing record of 74-90-1 and only make the playoffs three times, where he would lose all three of those playoff games. Stafford set career highs in passing touchdowns and completion percentage. The biggest concern for people about Stafford is if he could win a big game. In his first year with the Rams, he has won three straight playoff games and has a chance to win it all.

“I think most people are rooting for the Rams because they are the obvious choice. And probably because we all live near LA, but Go Rams!” said Castillo. The Rams also have other star players that joined the team this season, like Odell Beckham Jr and Von Miller.

The Super Bowl LVI has a spectacular amount of potential, and fans are hoping it won’t disappoint. But from the looks of it, it surely won’t. So are you going to be rooting for Cincinnati Bengals to take home the win or the Los Angeles Rams to score a victory in their home city? Or will you just be “patiently waiting for the halftime show to be as good as the one Katy Perry headlined” like Lindsay?