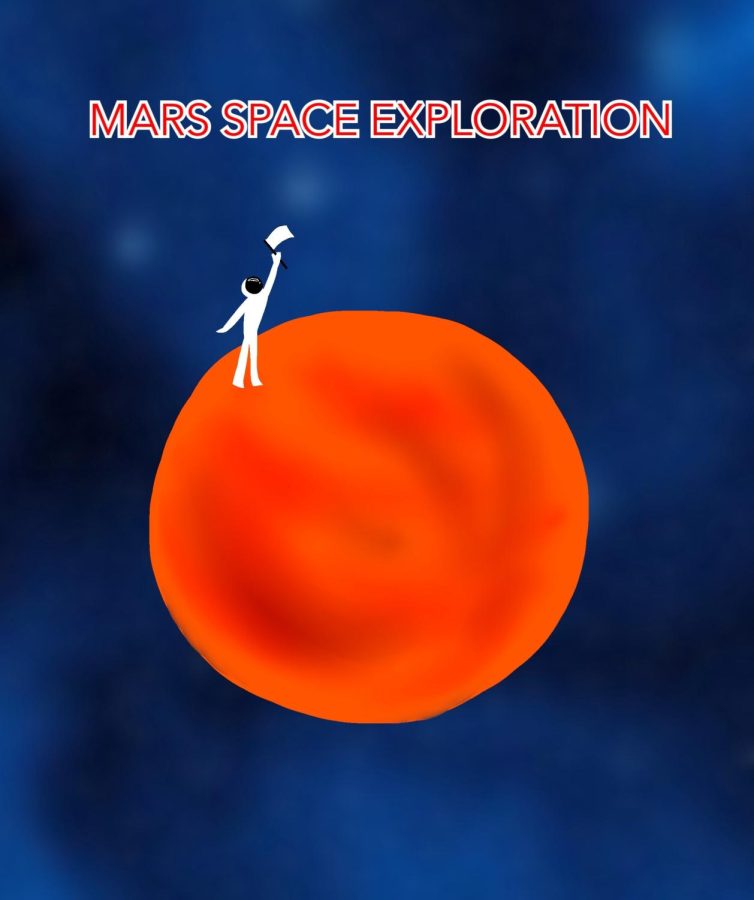 Planet Earth walks on its last limbs as human impact has drastically altered the state of the environment. Human impact ranges from climate change, to pollution, to overpopulation. With the health of the planet hanging in the skewed and misguided balance of humankind, politicians take matters into their own hands, debating the drastic measures that need to be taken in order to ensure that mankind may see another day.

The “final frontier” of space has been explored many times, but never before has colonization been an inter-planetary consideration. With stakes being higher than ever, the future of humanity relies on the ability to colonize Mars as Earth may never recover from the everlasting debilitation that follows the destructive path of humans. However, many hesitant onlookers wonder if the journey to colonizing Mars is both morally correct and a financially smart decision.

Climate change is a pressing matter pertinent to the mark that humans have on the world.

According to NOAA’s Annual Climate Report, global temperature has increased at an average rate of 0.13 degrees Fahrenheit per decade since 1880. The impact that rising temperatures have already had on the planet are majorly concerning as increased heat, decreased water supply, reduced agricultural efficiency, and frequent wildfires cause harm to the environment and provide an unsettling image of what life will be like if human habits don’t change.

Additionally, the constant increase in pollution doesn’t help the fact of the matter; the ozone layer is depleting and human caused pollution may result in acid rain that will greatly damage food, water, plants, and much more. Many animals, marine life especially, suffer the consequences of pollution daily.

Sea creatures such as turtles and fish get entangled in plastic products. Species like sharks and stingrays face the imminent threat of extinction as the shark and ray population has decreased by about 71% since 1970 as stated by the New York Times. Without these important species left to uphold the food chain of their ecosystems, many ocean biomes will suffer a drastic change in predatory hierarchy. With the food chain detangling, the environment mankind was accustomed to since birth will be a desolate and barren wasteland with nothing to show for its once vibrant and colorful past.

One of the main contributing factors of pollution and climate change is the alarming rate at which the population is growing. The planet’s capacity has been far outweighed in comparison to the enormous population of about 7.9 billion people. The more that inhabit Earth, the larger the carbon footprint, henceforth a drastically expedited doom.

In order to escape from this “house” of modern horrors, public officials suggest transporting the human population to Mars to start a new life on a fresh planet.

The large debate on whether or not men are space-bound creatures has since caused a vast pool of opinions to consider when deciding the fate of the population. Many of these opinions contain a negative outlook on the possibility of colonizing Mars.

One of many arguments against the proposition is that it is morally incorrect for humans to extend their ruinous path of calamity to the untouched planet of Mars. And while there may be some soundness to this argument seeing as how allowing history to repeat itself all the while crippling another planet is unjust, this argument is one based solely upon opinion and one’s own individual values.

The concept of morality is one that was invented and adopted by humans.

In the wild, concepts of loyalty and love can be observed within many species, but the uncomfortable truth is that in most, if not all cases, the instinct to survive trumps all other instincts. The idea that the human race must refrain from taking refuge in an empty planet is farcical as this shift would not be disrupting any type of life form on Mars as there is none.

The human race owes nothing to Mars or anything else for that matter, whatever path society decides to enforce in space is a decision that should not be impeded by a baseless concept. The actions that follow on Mars should be beneficial to the planet and to humans not because of ethics, but because of survival.

Aside from the obstruction posed by righteousness, the factor of money joins the debate as a major deciding factor in whether or not mankind should reside in space. According to The Planetary Society, NASA receives an allotted 22.6 billion dollars of the overall 4.7 trillion dollars that the US government plans to spend. Although it sounds extremely hefty, this budget represents only a mere 0.48 percent of the budget the government reserves each fiscal year. Many citizens of the US fear that their hard earned taxpayer dollars are being wasted on NASA, and the pursuit of survival should halt in order to cut costs.

Budgeting is not the issue, the possibility of humans perishing with planet Earth completely disregards money.

The forthcoming extinction of humans can be prevented if the courageous step to Mars is made. The opposition proposes the hindrance of moral values and cost, but these factors, when compared to the big picture, are nothing more than doubt and fear. Fear that will prevent progression that would otherwise allow humans to rectify their fall from grace to be made.

As Louis Armstrong once said “one small step for man…one giant leap for mankind.”

The steps towards colonizing Mars may be daunting, but in the long run, it just may be the saving grace of the human race.