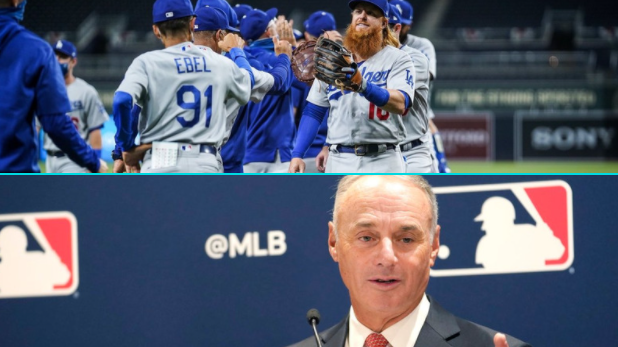 The once pending MLB lockout has reached months since it started, and both sides of the argument are not happy with each other. The MLB Players Association, or MLBPA, has its own set of demands and requests that have been requested and continuously rebutted by MLB. Team owners have their own bargaining terms which would be more focused on economic dilemmas. This would include player salary, draft structure, and arbitration years, among other things.

Unfortunately for players, and everyone really, negotiations have not gone smoothly. From both sides, there has been unreasonable demand and propositions that have overall created a bitter taste in the mouths of the negotiators.

“I think both sides are getting a little unreasonable,” said baseball intellect and Carter Kieboom enjoyer Sebastian Baugh, “Obviously you should lean towards the players and away from the owners but there are problems on both sides. I’d say [I side with] the players though.”

The recurring notion among fans is siding with the players and the MLBPA, which is understandable considering the glaring greed and ignorance most owners have shown, if not already made clear from the way they run their ballclubs.

“I’m leading towards the players’ side because I don’t think it’s fair for their season to be delayed, [the players] have a family and they need the money as soon as possible to help provide for their families,” said junior Diego Zaragoza.

A vast and baseless narrative that spread throughout the MLB community is that Rob Manfred, MLB’s commissioner, is single-handedly ruining baseball with every step he takes. While he’s unpopular among MLB fans, his actions are almost immediately regarded as bad, even by the most casual fans who most likely bandwagon the narrative in order to feel smart.

“This is a terrible narrative that I have always disliked. I feel like everything he does gets blown out of proportion.” said Baugh, “Not only is this negotiation independent from him, but his proposed changes are to help revitalize baseball which is truly a dying sport.”

A different outlook can be shared about the commissioner’s recent actions regarding the lockout and negotiations that would have more in relation to MLBPA. Senior Lance Lukaszewicz said that he believes the players have more sound demands but are being unreasonable with minimum salary arguments.

“[Manfred] seems to actually be offering compromises like increasing the salary of minor leaguers.” Lukaszewicz said, “[The players] are getting paid a good amount for playing at the highest level. I think that the minor league players are reasonable since they are paid nothing.”

The fault should not be directed mainly to either players or Manfred, but instead to the greed of the MLB team owners who are trying to prevent their unrealistically low budgets from getting any higher. At least 4 teams denied the change of a new CBT, or Competitive Balance Tax, which is a threshold of the payroll margins each team must go by, or else they will be demanded to pay “luxury tax.”

We thought the end was near… and then it wasn’t. The second deadline for an agreement was passed and the first 2 series of the season were canceled. Fortunately, hope is still high. Significant progress had seemed to be made leading up to the March 8th deadline.

“I feel like we are about a week away from an agreement, and I’m not quite happy with how long it’s taken to ramp up negotiations,” said Baugh. “I’m not overly bothered, however, as I feel like sorting this out is more important than an extra 20 games. Hopefully, we get baseball soon enough, and I’m expecting things to be clear very soon.”