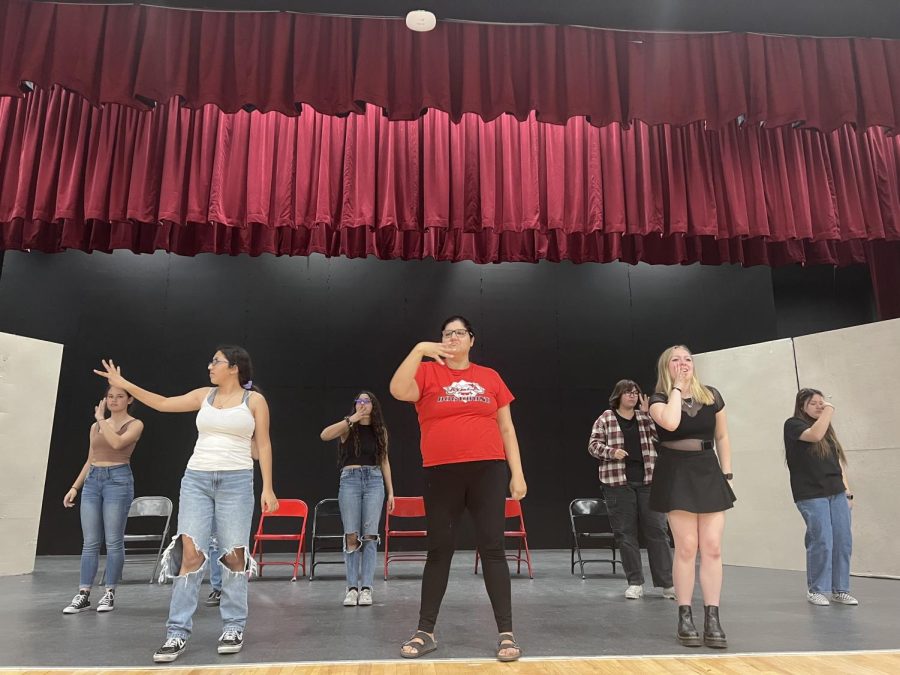 As the end of the school year approaches, students around Ayala prepare to participate in activities that they will remember for a lifetime. For the American Sign Language program, this will be the ASL Variety Show. The show encapsulates the stages of growing up, and with its scheduled 19 songs, members performance’s  remind its audience of the adventures that young adolescence have.

Music will be playing as performers sign to the beat. When members are speaking to the hearing audience, translators will be signing to ensure that the show accommodates both the hearing and Deaf audience.

The show is an annual performance done by ASL students and club members, accompanied by volunteers who wish to help backstage. In order to ensure that the show flows properly, everybody has had to overcome the tedious obstacles that come with the looming show date of April 9th.

“This is my first time doing stage help for an Ayala production, so I’m learning as I go,” said junior and ASL 2 student Roni Minogue. “It has been difficult since we aren’t going to be in the MPR, where everything tech-wise is already set up. We had to convert the gym into a stage with lights and sound.”

In past years, the ASL show has been held in the MPR. Unfortunately, this time around, the MPR is housing a mattress sale. Because of that, the ASL team has had to improvise. With a cramped schedule and whole new scenery, putting on a show has proven to be arduous.

“I liked that we held practices after and during school but didn’t like that we did song after song, even when we were done with the set,” said junior and ASL 3 student Parker Nevarez-Contreras. “It was really tiring and I feel like we should’ve had some downtime.”

In order to ensure the performers are at their peak, the ASL students have been excused from multiple classes to rehearse. Aside from practicing after school Monday and Wednesday, they were excused from all classes on April 7-8. This week, however, marked the start of dress rehearsals, adding a whole new challenge to the plate and sacrificing time that would normally have been spent on classwork.

“The only difficulties in rehearsals are missing class and having missing assignments. Catching up on all that work is going to be hard,” said senior and ASL 4 student Claire DuBoise. “I like being with a mix of ASL 4 students and ASL 3. It’s fun to be around everyone and watch the other songs. The only dislike would be taking away class time.”

Ouch. Losing out on hosting in the MPR, the relocation of technology, the packed schedules, and even missing classes… it’s tough out here for the ASL team. Despite that, as DuBoise describes, the class still manages to have fun and make the best out of their time together.

“It’s been chaotic, but so far the show has looked very good and it’s fun to be a part of something that in the end I know is going to look great,” Minogue said.

The show begins at 5:30p.m. on April 9th in the gym. Tickets can be bought for $15 on the Ayala Student Store website.