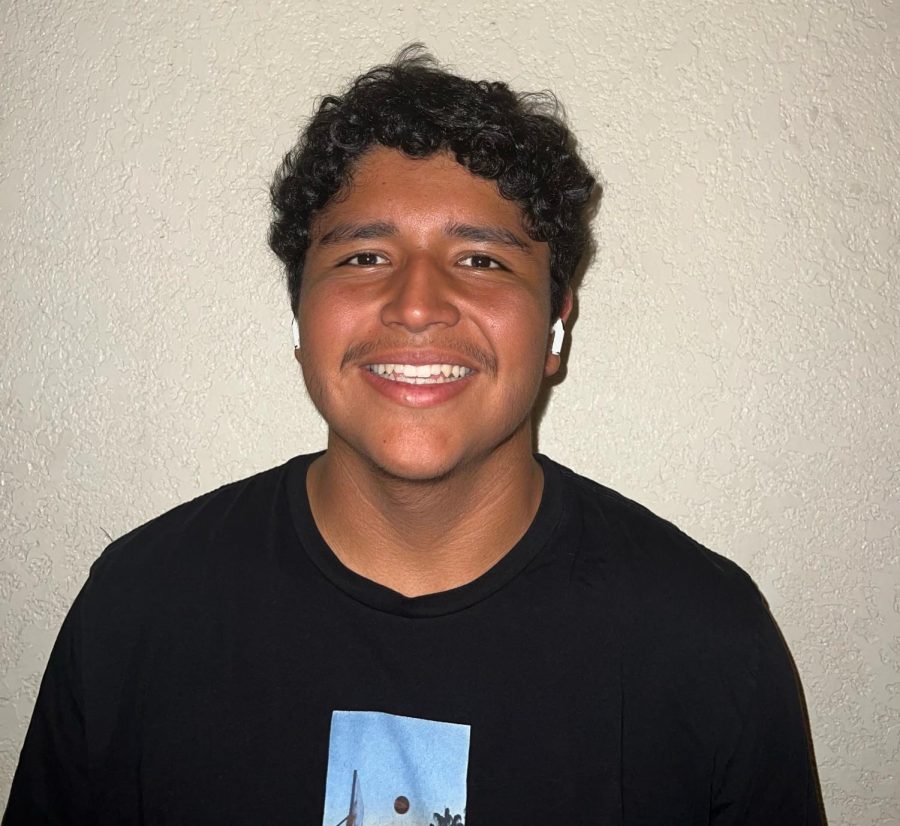 Ian Gonzalez has been part of the Bulldog Times for less than a year but has left an immense impact on the program. As a graduating senior, he has been able to spread news around campus, including the ideas of many students who deserve to have their voices heard.

With a hidden knack for writing, Gonzalez entered the Journalism class without any expectations.

“I needed elective credits and the only thing my counselor said was left was Journalism and choir and I needed the credits to graduate, so I was like put me in Journalism,” said Gonzalez.

Even with the unexpected outcomes of what was to come, he made valuable contributions to the program and created incredible bonds with others in the class. The most that he got out of the class were the amazing friendships that he had built over the course of the year.

In class, it was almost out of the ordinary to not see Gonzalez listening to music. However, when his AirPods weren’t in, he spent a majority of his time laughing and chatting with his group members, never failing to put a smile on other people’s faces.

Spending countless hours talking about selling and reselling the latest and coolest shoes on the market, sports, and everything in between, he was always willing to learn more about other people.

While being one of the only four boys in the class, Gonzalez never failed to listen to everything the girls had to say. From becoming incredibly invested into the latest fashion looks of the Met Gala to developing opinions on every romance movie that was ever talked about, he always listened without complaint.

“He is very mysterious. I’ve known the guy for quite some time and I barely know anything about him because he’s just so selfless. He cares so much for others and listens to others but doesn’t really talk about himself,” friend and senior Noah Seda said.

With a very positive attitude, Gonzalez has faced every challenge head on and has always been willing to help those around him. Whether it was for class, or even for a friend, he continually looked out for everyone he cared for.

“A lot of the times I like to have conversations with my students and I like to have them answer questions. I don’t like to pick on someone and a lot of the times if there’s like a dead silence and no one wants to respond, Ian will always perk up and respond,” Physics teacher Mr. Daugherty-Sanders said. “He wants to pretend like he’s too cool to be involved, but he actually knows what’s going on.”

Easily the most even-tempered person on campus, his kind heart always made it possible for his peers to reach out to him during times of trouble.

“He is a very loyal friend and doesn’t care what others think,” Seda said. “If I’m ever going through something hard, I know no matter what, Ian will always be willing to talk to me and cheer me up.”

Day in and day out, it always seemed like his end goal was to brighten the day of the person sitting next to him. It never mattered if he was having a bad day, as long as everyone else was smiling, he was content.

Throughout his time in high school, Gonzalez spent most of his time hanging out with his friends and working with his grandparents at swap meets on the weekends. As his time as a teenager comes to a close, his goals are bright for the future ahead of him.

“After I graduate I plan to go to trade school to focus on learning how to weld. It is a trade that is always in need and pays very well,” said Gonzalez.

While this chapter of his life may be coming to an end, there are certain aspects that he hopes to work on in the future.

“I want to focus on being a better person in the future. I feel like sometimes I try to be something I am not,” he said.

With a promising future ahead, Mr. Daugherty leaves him some inspiring advice.

“If he really went out of his way to apply himself and put in effort, I think he has a lot of potential and he could really do great things and he just needs to take that first step to really apply himself.”